Development of Mysore Road and the Big Banyan Tree

Mysore road was once a distant and agricultural extent of land, but presently, it has transformed into one of the most rapidly growing locality hubs in Bangalore. This area comprises a vast range of land, running from the Kengeri to NICE Road intersection to Bangalore Central.

Properties in Mysore Road are perhaps located in the most popular residential and industrial zones of the city. Mysore road is about a 15 km stretch that connects Kengeri and the Nice road to Bangalore. It connects Majestic, Mysore and Bangalore, as it is a State Highway that is 149 km long. The roads around Mysore Road are still under construction. During top hours, slow traffic is noticed.

Some of the major areas are connected to Mysore Road, such as Kengeri, Banashankari, Majestic, Rajarajeshwari Nagar, and many more. It is additionally home to a number of the city’s finest medical, educational and industrial organisations. The realtors and the homebuyers view the properties for sale in Mysore Road as some of the most prominent investments one can make in Bangalore.

Mysore Road is the best roadway that is located amid the city; it has an excellent connection to the rest of the city. Mysore Road metro station is a stop on the Purple Line of the city metro; it is the primary metro terminal. It is currently the end stop of the Purple line, but there’s an advanced extension under process towards Kengeri, which would further improve the connectivity to the area. The road is connected to two of the main railway stations in the city, the Kengeri Railway Station and the Bangalore City Central.

Recently, Mysore road has gained a lot of prominence due to larger investments from significant industries, which have helped it to develop rapidly. As a result of these developments, Mysore road has turned out to be one of the most promising locations for residential growth and investments in the real estate market.

Main connecting roads such as Outer Ring Road, Tank Bund Road, and NICE Ring Road intersected through the Mysore Road region. The residents in the locality can enjoy a long drive any time of the day as the roads are smooth and free from traffic. Besides, the local railway system also runs close to Mysore Road, with major stations resided in Nayandahalli and Kengeri.

The constant inundation of investments from the private division is one of the biggest causes for Mysore Road’s transformation into a growing suburb within the investor’s utopia of Bangalore. Global Tech Village is an extensive IT and software park settled off Mysore Road. It is home to various MNCs such as Accenture, Hinduja Global Solutions, Mphasis, Mindtree and Crompton Greaves. These companies have increased the career opportunities with their presence in the locality and also has sparked further growth. With great connectivity and improvement in the surrounding infrastructure, the potentiality of the commercial development is likely to increase much further in Mysore Road.

The Big Banyan Tree or the Alada Mara is one of the most popular tourist attractions in Bangalore. It is about 400 years old and has a large circumference of more than 300 meters. As the name suggests, the Big Banyan Tree is a huge tree located in Ramohalli. It is recognised as Doda Alada Mara or Dodda Alada Mara. The tree is popular in and around the city and is spread about 3 acres wide.

It is a single tree, is one of a kind, that is what makes it famous in and around Bangalore. It has been holding itself together for over 4 centennial years, which is why the roots have altered. The single tree creates an illusion to look like several trees put together. Ramohalli is situated on Bangalore-Mysore road and is quick to reach.

The Big Banyan Tree is the biggest and oldest in the State of Karnataka; and also is the fourth largest Banyan Tree in the country. The canopy of the tree continually increases over the ages, and it has witnessed the growth of the city over the years. The place has now become widespread and is a tourist hangout spot.

The soil is the most significant aspect of the Big Banyan Tree, which has been consistent for several years and plays a major role in the growth of the magnificent tree. The tree is protected with fencing around. Also, because of the shade, there is always a calm atmosphere present around the beautiful area.

Being easily accessible by road and you don‘t have to fuss about any additional aspects. You can make use of public transport such as buses and metro to reach the place from Bangalore. Autos and cabs are also available for you to hire, and you can obviously make use of your vehicles for much more comfort.

It is believed that the tree has divine powers as there is a Shiva Temple located close to it. The horticulture division looks after the tree and takes action to preserve it. Aside from the botany department, several tourists come here to take a glimpse at the tree. A large variety of bird species dwell in the tree, and it is also the residence to many monkeys. It can easily be reached by the well connected road network from either Bangalore or Mysore.

There are several restaurants and eateries around the spot, many entertainment avenues close by for your amusement. There are also several MNCs and IT companies located nearby the locality. Magadi Ranganathaswamy Temple (26 km), Manchanabele dam (10 km), Ramanagara (36 km) are some of the popular stops to visit nearby the Big Banyan Tree.

The Property is located in Gudimavu village, near Kumbalgodu, Mysore… 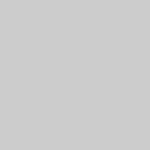 Compare
You can only compare 4 properties, any new property added will replace the first one from the comparison.

Get your dream with complete satisfaction